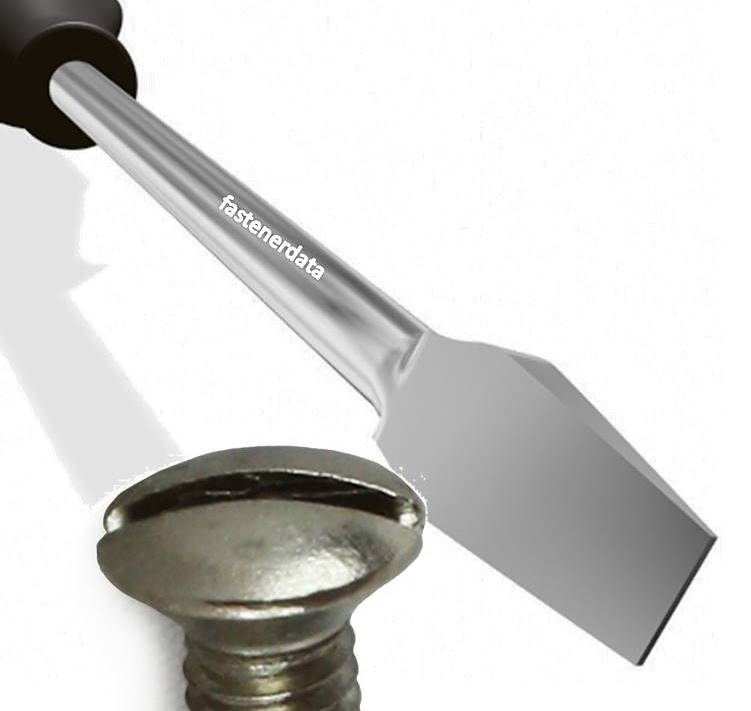 Slotted screw drives have a single slot in the fastener head and are driven by a blade or flat-bladed screwdriver. It was the first type of screw drive as it was easy to cut a saw slot into the screw and for nearly 1000 years it was the simplest to make. Screws from the early part of the first millennium had slotted heads and were used to secure Knights helmets, body armour, manacles and leg irons in place. Whole families worked day and night to cut slots in the heads of nails with a round head form supplied by blacksmiths, who forged them by hand. In the mid-1700's Job and William Wyatt patented a design for a machine that could produce a mixture of die-formed, pressed and turned screws automatically, it took them 30 years to perfect the design.  The Wyatt’s machine made a labour of several minutes into one of six or seven seconds while producing a much higher quality large volume product with countersunk slotted heads; the slot was still put in with a saw. 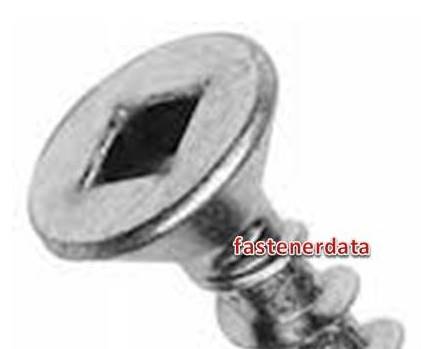 The 1820's heralded a move to hot forging followed by cold forging in the 1860's bringing true automation of the screw. Forging a recess into the screw head came into existence in 1908, when the square socket was developed by Peter Robertson in Canada. Robertson solved the problem of driver slippage with his tapered square‐shaped recess. In the early days it gained some popularity in the growing automobile industry; but due to issues related to who would control production between Robertson and Henry Ford, it never really became a widespread success outside Canada.

1933 saw the patent of the Cross-shaped recess developed by a man named John Thompson. It was a perfect four-pointed star that tapered to a very sharp point. The problem with Thompson’s design was that it weakened the head of the screw, and the driver tip often broke. Henry Phillips bought the rights to Thompson’s patent and began to tinker with it. The result was a shallower recess that mated with a stronger blunt-nosed driver. He kept the angled walls of the four wings because as the screw was tightened the angled driver wing walls would start to ride up the angled walls of the recess and put a back pressure on the screwdriver. This slight pressure helped craftsmen driving screws by hand to know when they had them tight enough that they were secure, but could still be removed; in essence, but not by design, it was a torque limiting system. He was highly successful in selling the concept to various industries, and it quickly became a standardised component in thousands of different processes. This was first the case with General Motors and its Cadillac assembly lines. 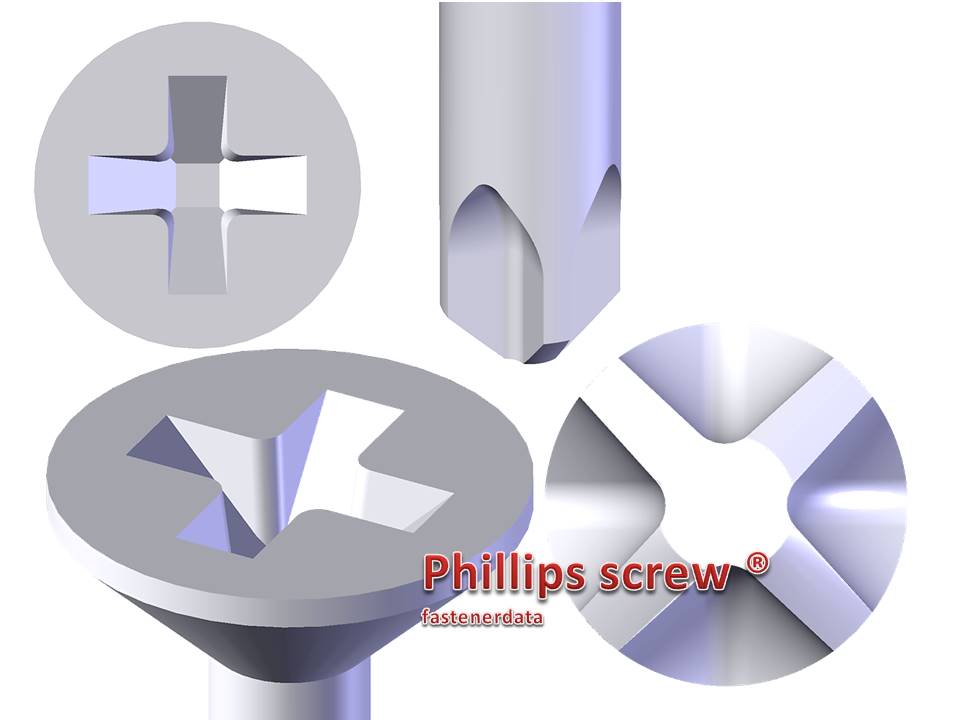 Aircraft industry was traditional wood and cotton aeroplanes; advanced to metal skins required the need to have a fastener to attach the thin sheet metal skin to the frame. The original Phillips recess could handle many of the applications where a lower torque was required; but, as the speed of flight increased so did the stresses on the airframe and a tighter, more secure fastener with a thinner head was needed to attach the thin sheet metal skin. The solution was to use permanent rivets in many areas, but where there needed to be a panel that had to be opened, or closed, or might require replacement, then a better screw was needed.

With a power tool, the effect became even more pronounced and became what we now call cam-out, where the driver will pop out of the recess as the screw is fully seated. Henry Phillips had a better solution but no way to get it to market. The answer was to form a partnership with the major screw producers of the day by licensing them to make his design. Phillips’ partnership with the American Screw Company, led to the development of what became the modern cold-heading industry and the Pozidriv. 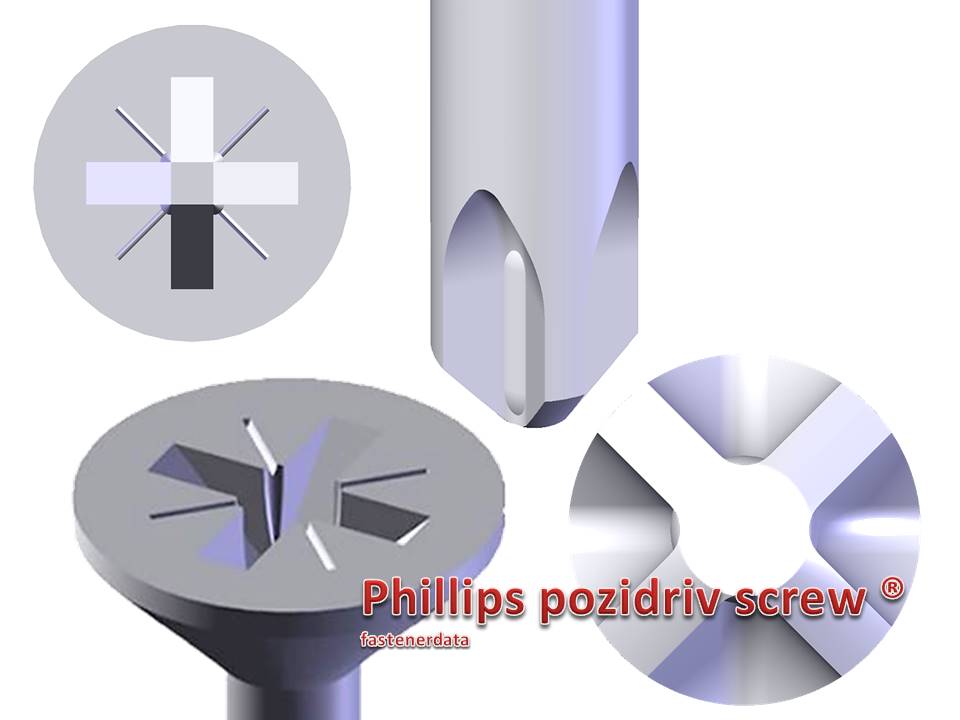 The Pozidriv® was invented to further improve the torque and cam-out of the Phillips' head. To do this, there was a second cross added to the first cross. This not only helped when distinguishing between the two head types but it also further improved the contact of the driver to the screw. A different screwdriver is needed for use with each screw. The new screwdriver for use with a pozidriv screw has a blunt point rather than a sharp point, and the angle of the blades are sharper by 45 degrees. The driver doesn’t have rounded corners as the Phillips driver has. The design was patented in the 1960’s by the American Screw Company and the Phillips Screw Company as a joint venture, and the name is thought have come from an abbreviation of “Positive Drive”.

One of the most common problems with the screws is that to the untrained eye both recesses look the same. A Phillips Driver will fit into a Pozi screw head, but a Pozi driver will not fit into the Phillips screw head.