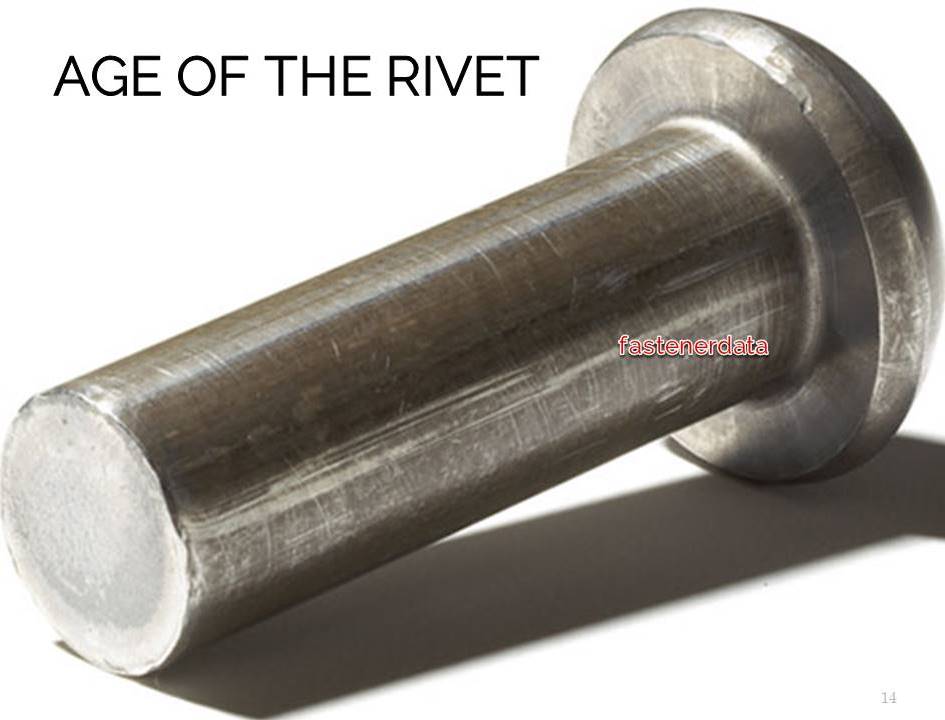 The Rivet is a development of the nail, initially, the nail was bent over to secure it in place, as forging technology improved a second head could be added to the nail after assembly giving a more secure fastening.  Solid rivets are a metal fixing with a round shank and a domed head, in the 18th century, the head was sometimes called a factory head because it was hot or pressure formed in a factory. The tail is hot forged on the worksite using a hand held hammer and in the 19th century a pneumatic hammer. 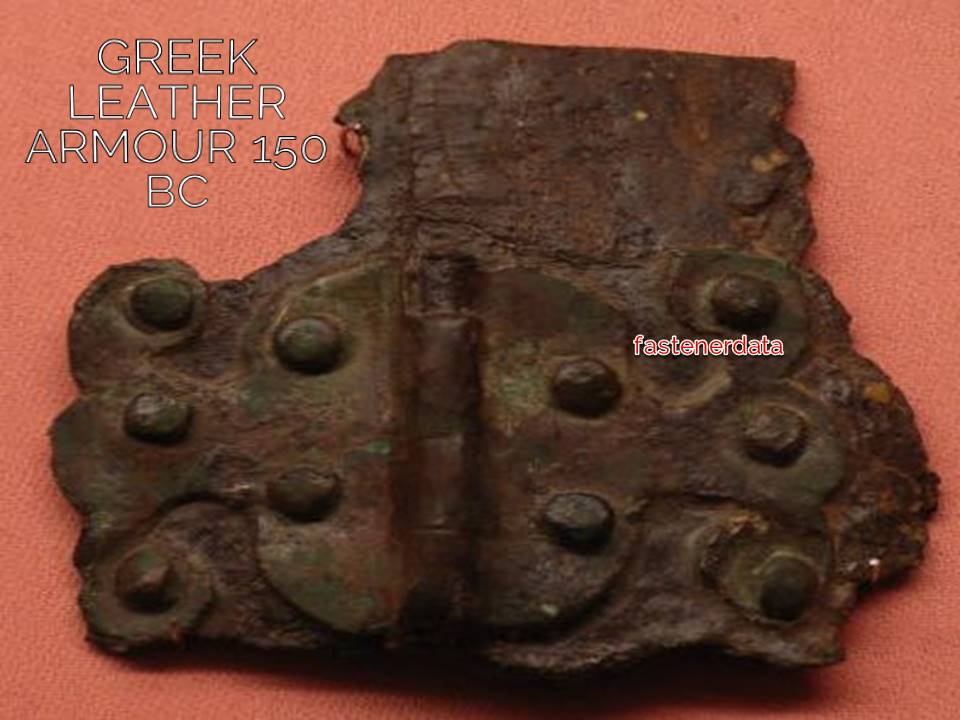 Greek and Roman leather protection breastplates were held together with iron rivets. Cheap leather riveted protection was used in battle for the lower classes up to the 16th century, once musket balls were in use leather gave little or no protection. 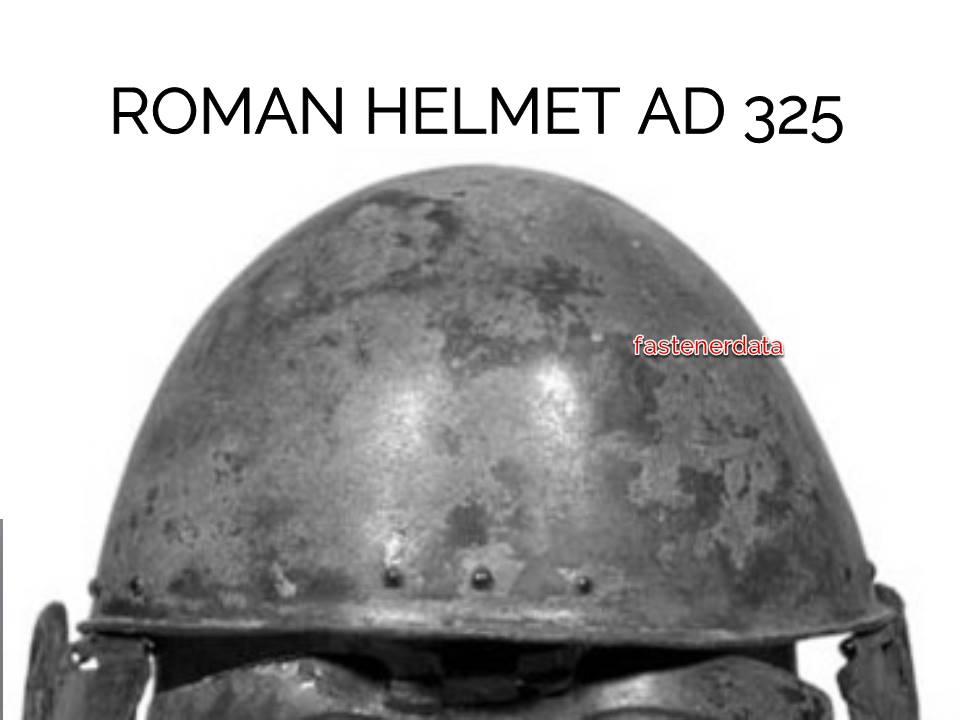 Greek metal helmets were beaten into shape but the Romans started to produce rivet helmets that were stronger around the seams and allowed for attachments for ear neck and face protection, this tradition was continued by the Vikings and continued into the 17th century. 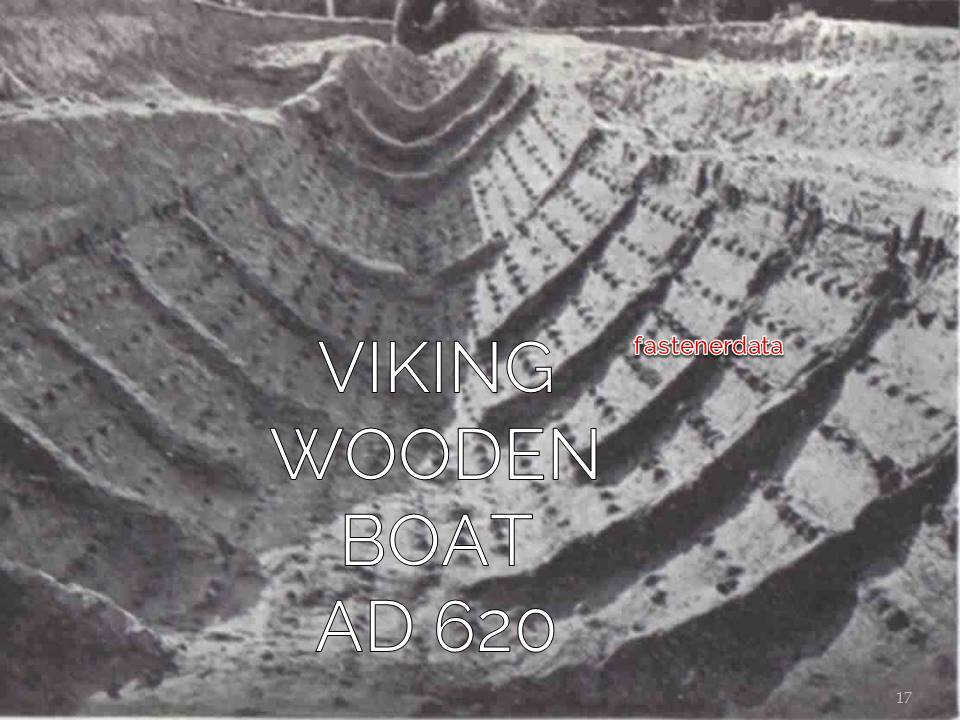 The Viking longboats all show evidence of iron rivets holding the wooden planks to the frame in 620AD before this the nail would have been used bent over at the tip. The added compression strength of the rivet would improve the joints and reduce water intake. 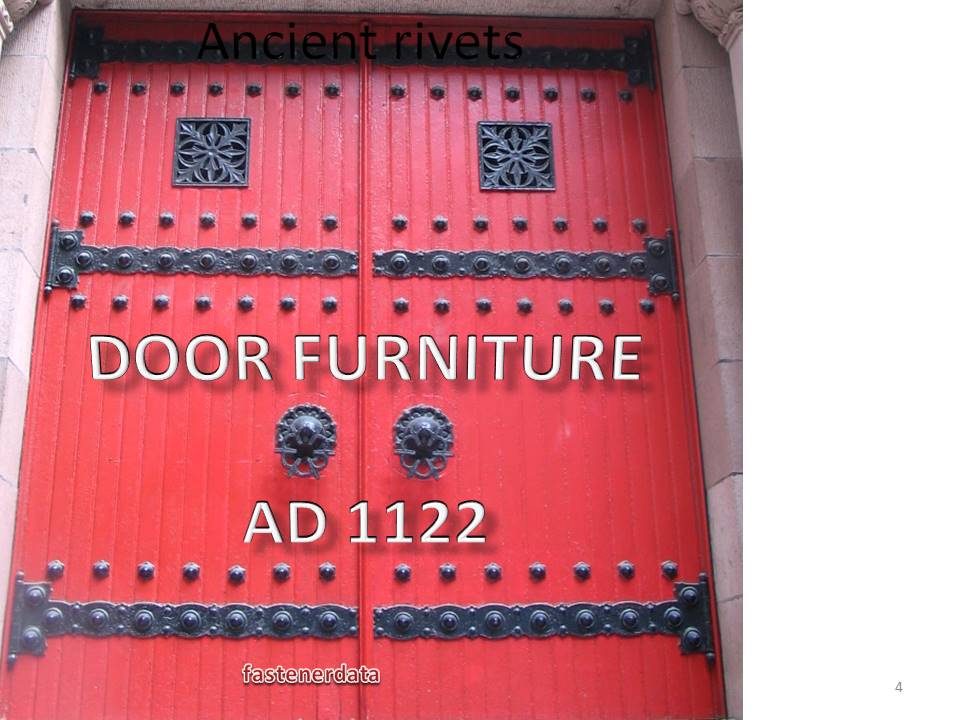 Rivets were commonly used in boats, doors, locks and armour long before the screw was around and by the 12th century the French term 'Rivett' was given to metal workers and armourers and was adopted as the descriptive term around Europe and also applied as the last name to blacksmiths who specialised in Rivet production and metal work assembly. 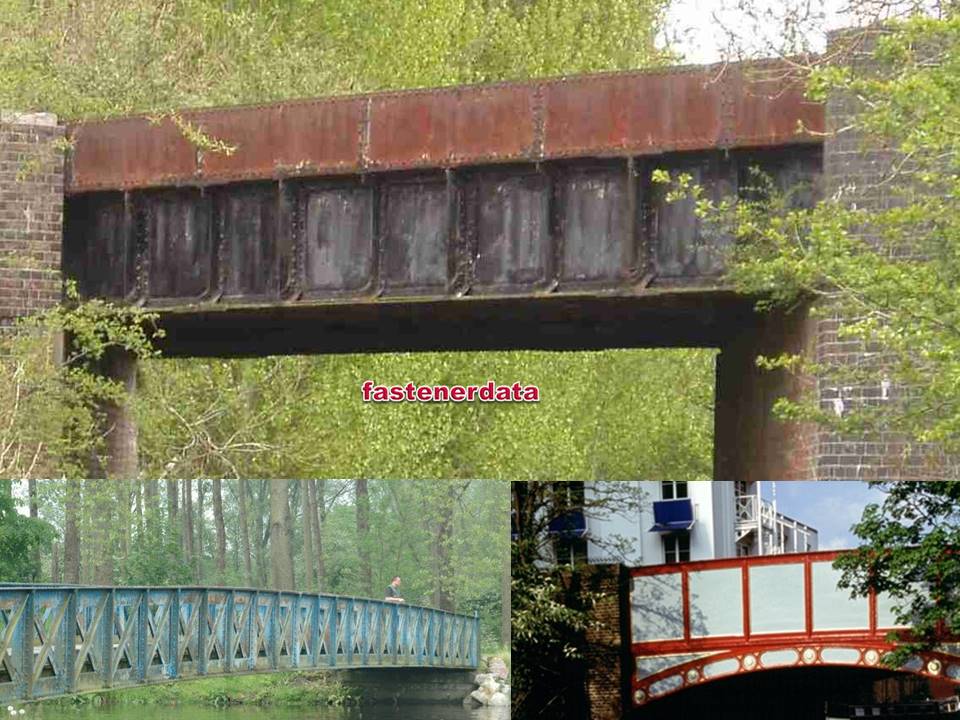 The next major infrastructure development was canal systems the motorways of the 17th and 18th century all requiring iron bridges and viaducts, all solid riveted 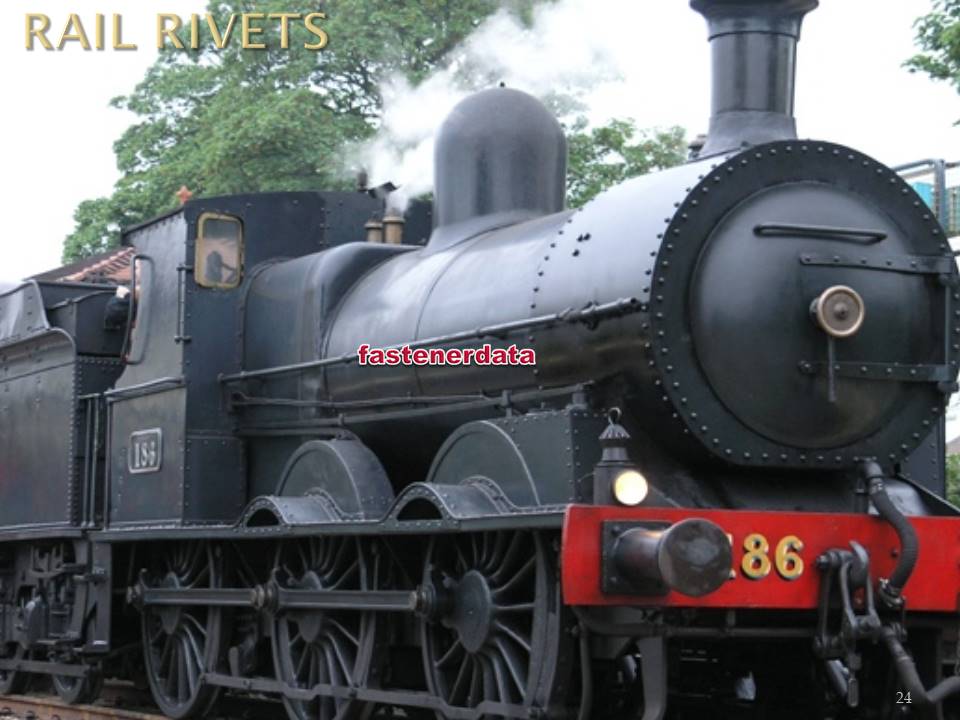 Rivets for the Railway

At the same time that canals were being mechanised the rail systems for passenger and light haulage came into being with Riveted trains, bridges and infrastructure. In the age of steam riveted boilers were used not only in trains but in factories and areas where steam turned a wheel. 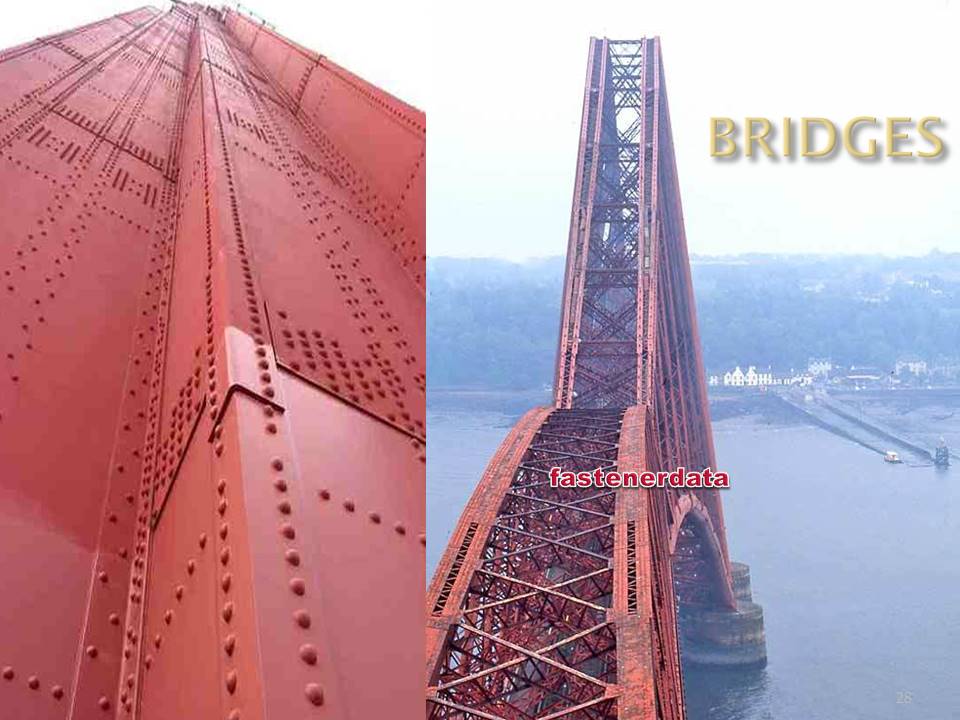 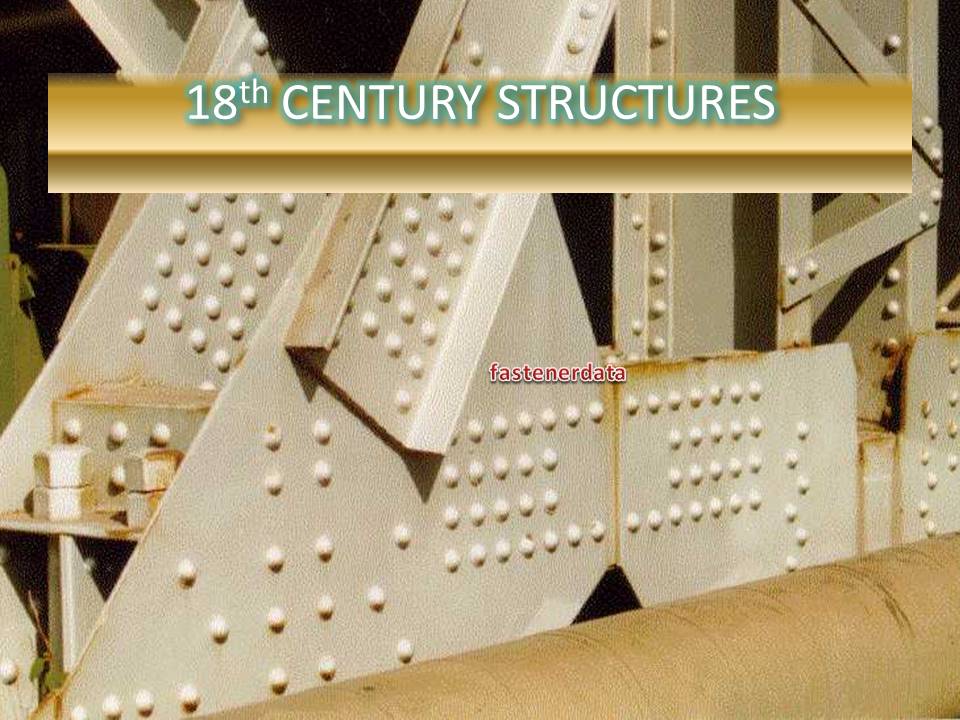 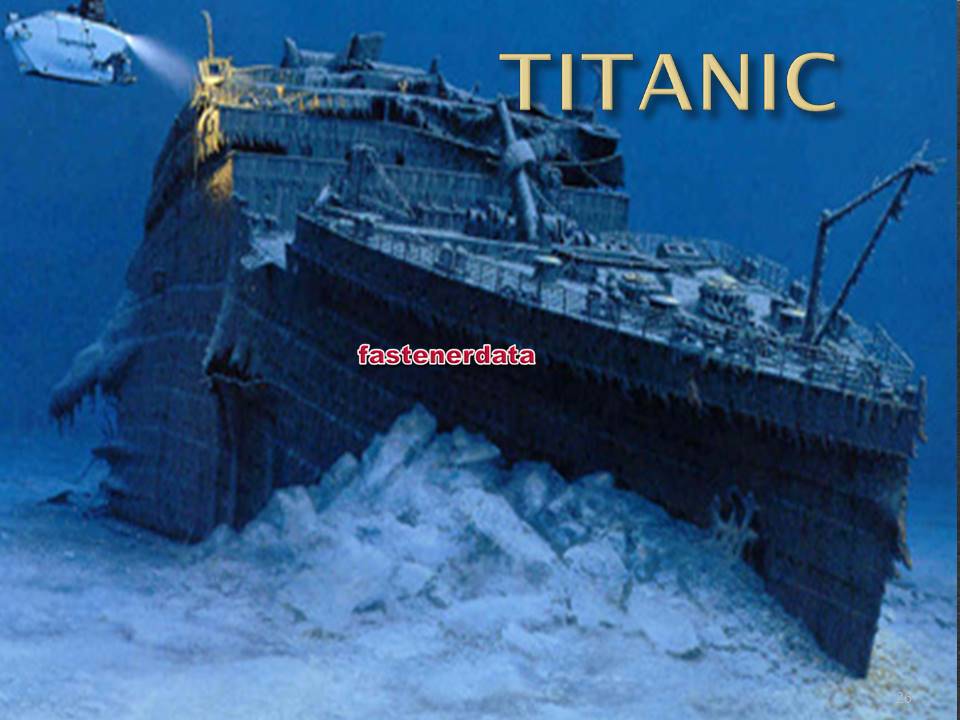 Iron barges from 1787 followed by Ships in 1830 were all Riveted iron plates. In the 20th century there was a progression to steel plates and steel rivets; when the Titanic hit an iceberg it was the rivets that failed, some were steel and some were the weaker iron rivets. 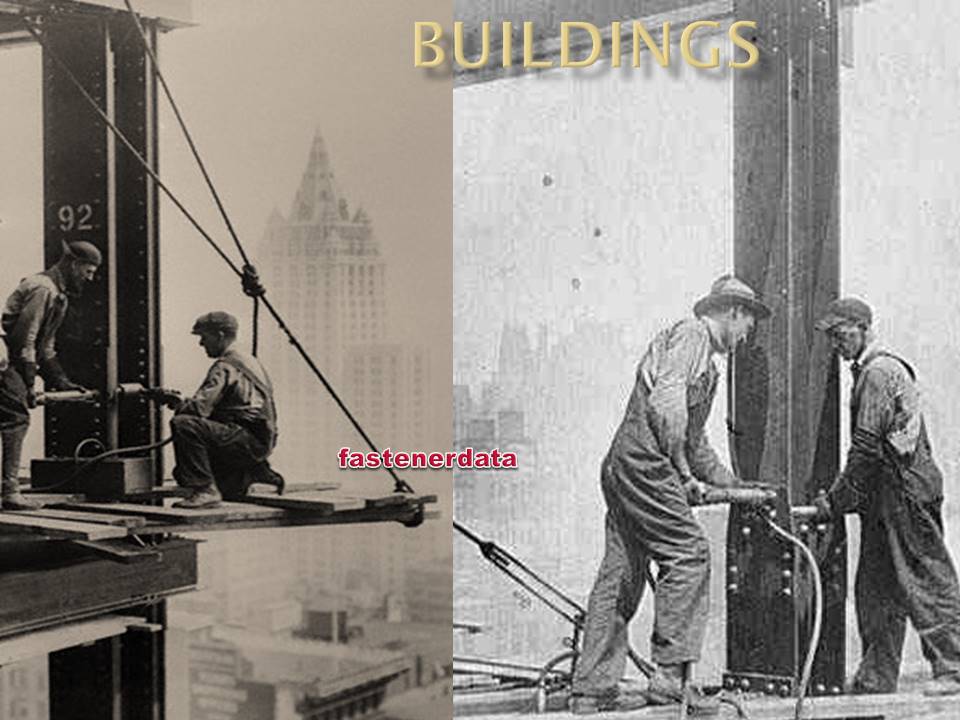 The skyscrapers from the 19th and 20th century would not have existed without their internal riveted structural frames. The Empire States building would not have been possible without a riveted frame. The Eiffel Tower was built in 1889 with 2 1/2 million handmade rivets and the internal structure of the statue of liberty was riveted by the same method. 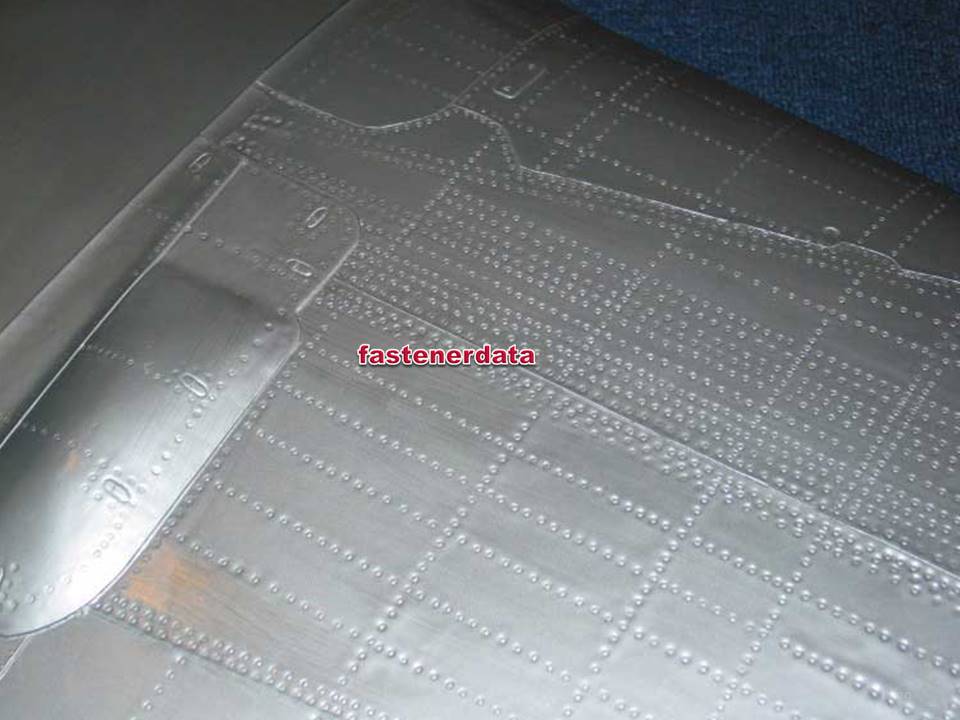 Once iron, steel and aluminium became excepted material in aircraft the rivet found a role in both the airframe and the skin.

Modern riveting and fixing systems, welding and of course threaded fasteners have dramatically reduced the demand for solid rivets; solid rivets hold an important place in the fastener and fixings history.