Tensile Strength is the most widely associated threaded fastener mechanical property and is the maximum tension applied load the fastener can support prior to its fracture, it is also called Ultimate tensile strength UTS. Strength systems for bolts are based on levels of their ultimate tensile strength, this is when a bolt is subject to stretching along its axis and accordingly making it longer. If a small load is applied the amount of stretch is also small and the bolt is stretching elastically; when the load is removed the bolt goes back to its original length and the elastic limited has not been exceeded. 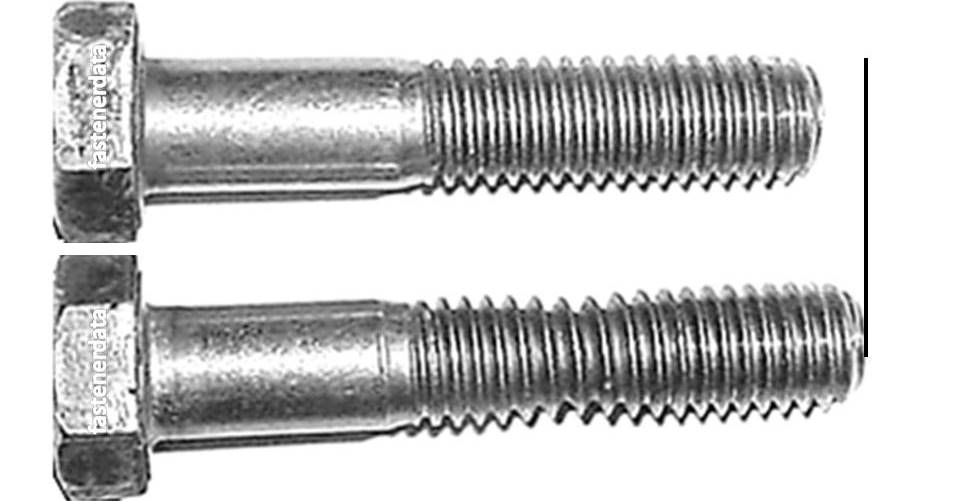 If we increase the load to the bolt beyond its elastic limit we will reach its yield strength and the bolt is permanently stretched.

Eventually, a further increase in loading the bolt reaches its ultimate load and maximum tension, this point should not be exceeded or the fastener will develop a reduced shank called necking and will fail.

Shown in both N/mm squared and Tons per square inch making it possible to compare Metric and Inch Fasteners, please see all three tables. 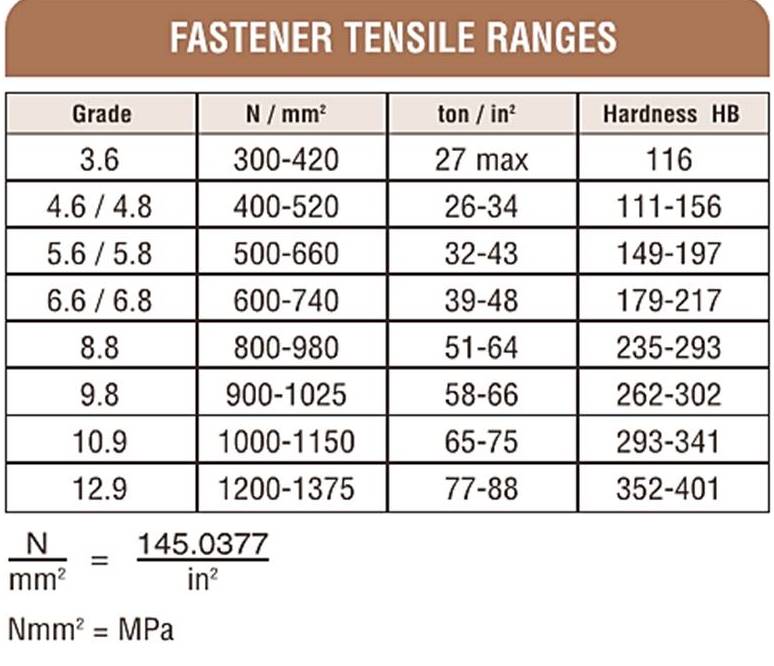 Property Class is a designation system which defines the strength of a bolt or nut.

The designation symbol for bolts consists of two parts:

1. The first numeral of a two-digit symbol or the first two numerals of a three-digit symbol approximates 1/100 of the minimum tensile strength in MPa. 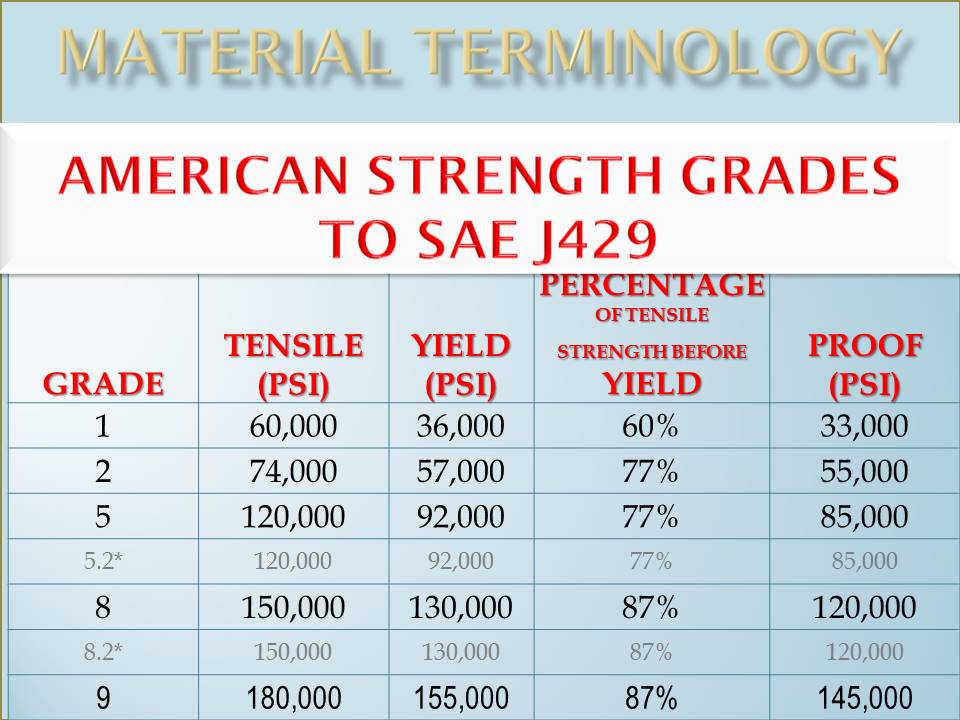 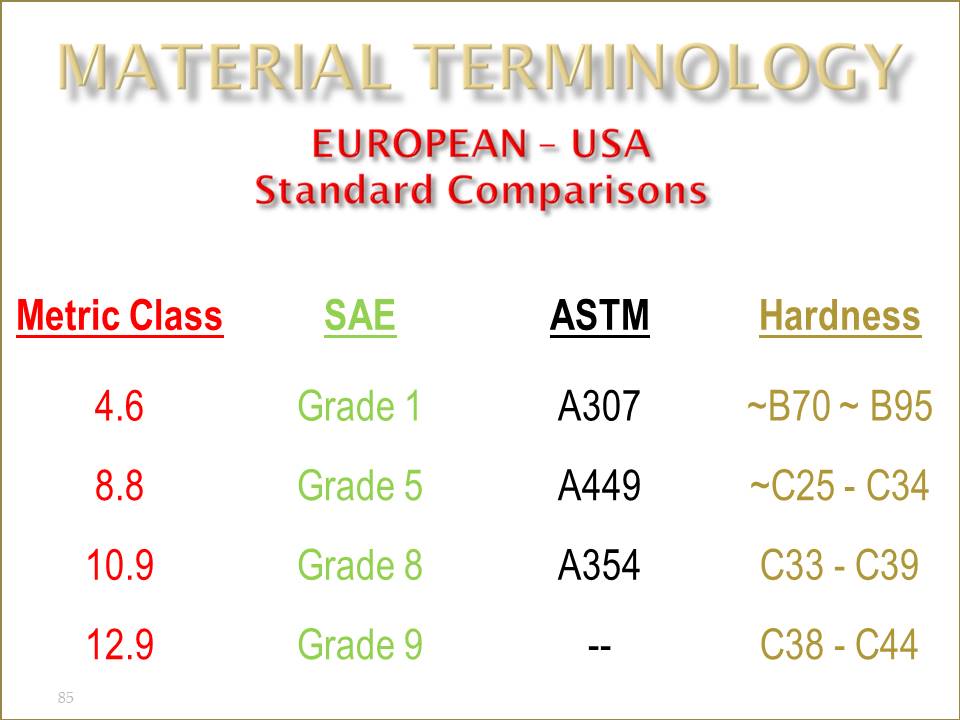 The range of product covered by SAE J429 is ¼ thru 1-1/4 inch diameter, except where noted.

For specific mechanical requirements, the most current version of the full standard should be referenced.

ASTM A307 for low grade and ASTM 449 for SAE5 is referred too when specifying the mechanical and material requirements; ASME standards do not cover material or mechanical properties. 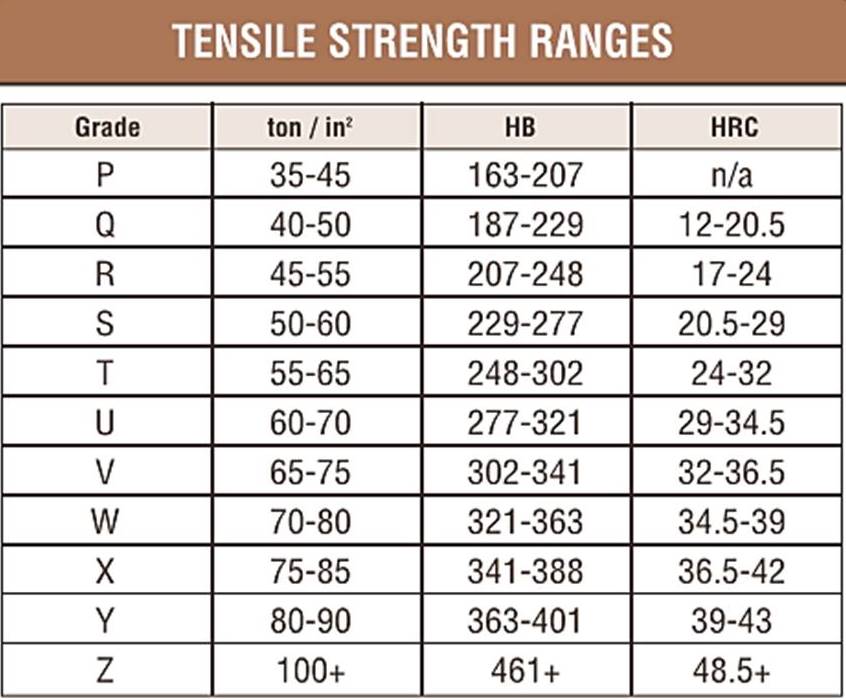